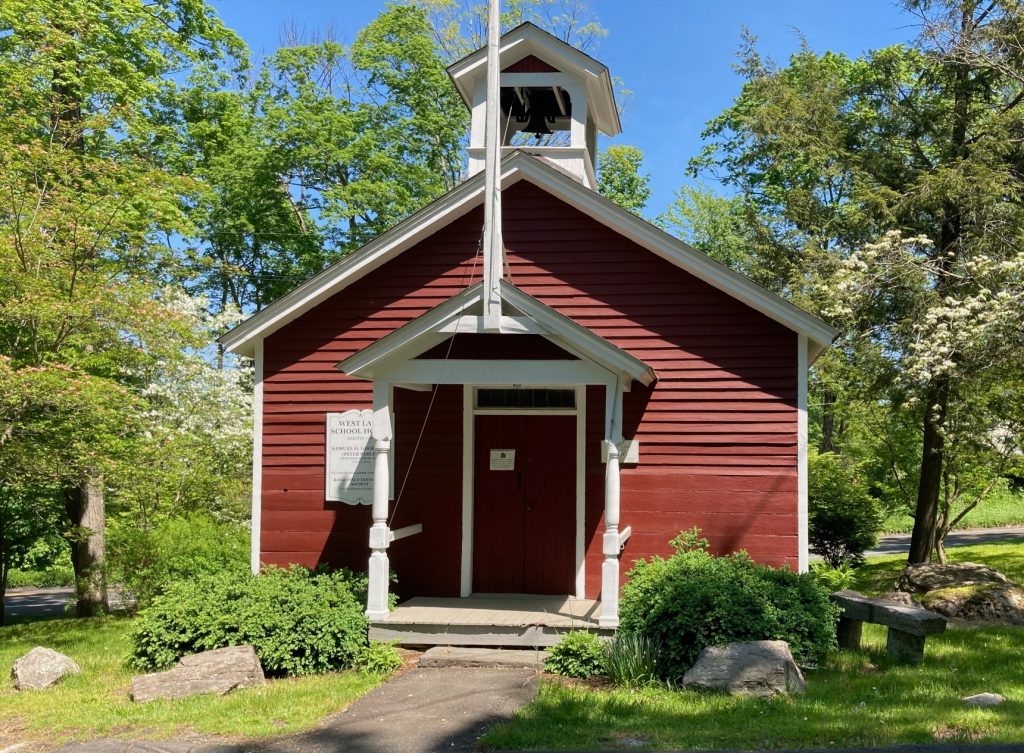 Originally built in the mid-18th Century, the schoolhouse for the West Lane district was replaced with the larger current building in the early 19th Century. Its informal name, the Peter

Originally built in the mid-18th Century, the schoolhouse for the West Lane district was replaced with the larger current building in the early 19th Century. Its informal name, the Peter Parley Schoolhouse, pays tribute to Samuel G. Goodrich, who attended the school from 1799 to 1803 and later wrote a series of popular textbooks for children under the pen name, Peter Parley.

The school served students of the district until 1915, when it was closed and its children were transferred to the new and modern East Ridge School.

Still owned by the Town of Ridgefield, the schoolhouse at the intersection of West Lane, South Salem and Silver Spring Roads was restored and maintained as a small museum by the Ridgefield Garden Club, which transferred the responsibility for it to the Ridgefield Historical Society in 2012. Desks, typical of the kind that would have been used more than a century ago, fill the classroom whose walls offer information about Ridgefield’s one-room schools and other aspects of its history. Displays include some of the textbooks young Ridgefield scholars might have used.

As was the case when it was in use as a school, the building does not have running water or sanitary facilities; the outhouse is long gone.

Jack and Sally Sanders, who help oversee the schoolhouse for the Ridgefield Historical Society, will be on hand to welcome guests and answer questions.

Sundays at the Schoolhouse is supported by Fairfield County Bank.